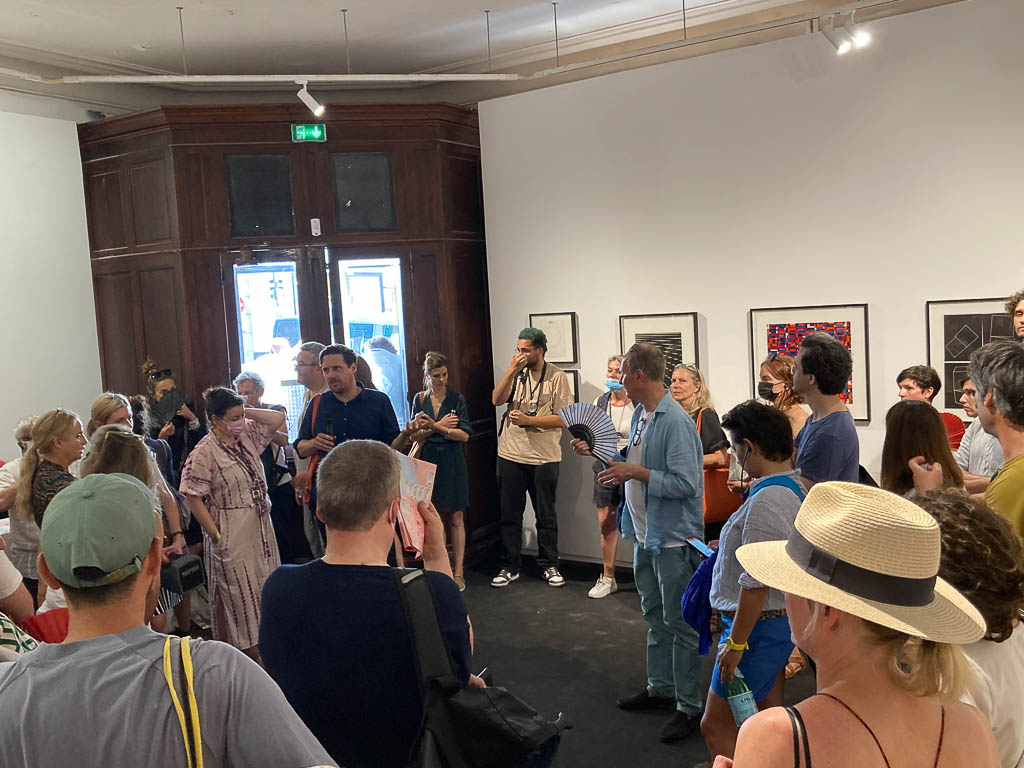 per me roba troppo concettuale.

BETTINA. A POEM OF PERPETUAL RENEWAL

A poem of perpetual renewal is the first solo exhibition of the American artist Bettina Grossman, who went by the name Bettina. Bettina spent the early years of her career in Europe, returning to the USA in the 1960s. Shortly after, a traumatic fire destroyed much of her work. She moved into the legendary Chelsea Hotel in 1970 and, recovering from the loss, worked prolifically. After years of producing in isolation, Bettina was featured in two documentary films, which led to her meeting with Yto Barrada. A strong relationship ensued, within a tradition of artists championing – and being nourished by – the work of other artists, resulting in several projects. The exhibition at salle Henri-Comte is a unique survey of Bettina’s life in New York City. Whether in photography, film, painting, sculpture or textile design, her works are serial, modular, and rigorous – each part of her application of a larger system, self-referential, with repetitive geometric forms that have a transcendental, almost shamanic dimension.

Starting in the 1950s, Bettina Grossman lived and traveled for ten years in Europe, where she produced a remarkable body of work including photography, painting, printmaking, sculpture, film, drawing, and text-based art. Following the loss of her work in a fire that destroyed her studio in 1966, she moved to the legendary Chelsea Hotel until shortly before her death in 2021. She has been the subject of several films, including Bettina (Sam Bassett, 2008) and Girl with Black Balloons (Corinne van der Borch, 2010), and more recently appeared in Dreaming Walls (Maya Duverdier and Amélie van Elmbt, 2022).